But first, a meme…
Before I wax eloquently (ha!) about the great reads I’ve perused recently, let’s do the meme that surfaces regularly on Facebook & other social media sites. I’ve also seen it referred to as Teaser Tuesdays but today isn’t Tuesday, so how about Teaser Thursday? (Doesn’t have quite the same ring, eh?) C’mon, you’ve seen it. You’ve probably participated. It goes like this:

Tell me what you’re currently reading. Go to your bookmark and give me the next few lines you’re about to read. (Okay, I changed this a bit, but live with it, okay?) 🙂 Here’s mine:

Eleanor of Aquitaine by Alison Weir.  from p. 269
On 22 August, leaving Berengaria and Joanna at Acre, King Richard began his march towards the greatest prize of all–Jerusalem. This was no easy venture, for his provisions were dwindling and the army was shadowed by the Saracens all the way… 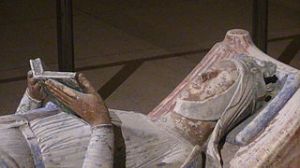 This is one of many books, both fiction and non-fiction, that I’m reading as part of the research on the Crusades novella I’m writing. Half the fun of writing is the research, isn’t it? It’s also the scary part of writing historical fiction, at least to me. I don’t want to inundate readers with facts, but I do want to give them a sense of the times, the culture, the living conditions. I don’t want to get the facts wrong either because someone will be sure to call me on it!

Now on to the blog round-up!
Angus Donald: Richard I: bad son, bad husband, bad king?
Since I mentioned my Crusades research, this post was quite timely!

Fifty Shades of Story vs. “Well Written” from Lisa Cron at Wired for Story
I haven’t read Fifty Shades but it’s certainly caused quite a stir.

Know the Rules. Understand the Rules. Break the Rules by Tristan Gregory at Mythic Scribes
The rules are just guidelines! Whew!

What’s your favorite way to grab more writing time? (Hint: Don’t try this one) by Donna Gillespie over at Pen In Hand.
Drugs do interesting things to your brain, says Donna, who is recuperating from knee surgery.

21 Top Links to Fonts for Self-Publishing by Joel Friedlander.
Font choice is extremely important for e-books. I’ll be looking to find something that is easy on your eyes so Joel’s article is already bookmarked on my computer. Joel also has a monthly cover design award series that I love to peruse. He often includes his own critique of many of the designs and I’ve been paying attention! I’m working with Travis at ProBookCovers on the design for Family Peace. It is going to be so cool!

What’s in your feed reader?

——————
image of the Effigy of Eleanor of Aquitaine via Wikimedia Commons, used under Creative Commons license.

4 thoughts on “This week’s journey through the blogosphere”