A wonderful review of Men of the Cross posted on Tales of the Fiction House and copied here. (Thank you, Mark!)

(Taking a break from Mr. Raji Singh’s whimsical Lore of the Lindian Woods animal tales: They’ll return next week. A national news commentator’s sad remarks on the dozens of wars occuring now throughout the world, prompts this book review.)

Disclosure: Fiction House Publishing has no financial interest in the novels of any of the authors mentioned. Normally we do not comment on the works of other publishers. The thoughtful approach to her subject matter by the author, Charlene Newcomb, causes us to reconsider.

If you enjoyed author Sharon Kay Penman’s LIONHEART, or more recent A KING’S RANSOM, you will find Ms. Newcomb’s work a fitting companion.

MEN OF THE CROSS takes place in the later span of the Middle Ages. Knights are pledging their troth to King Richard the Lionheart. They follow him in the Crusades. This isn’t a book, which only recreates battles. It has ample humor, akin to the type you’ll find in Richard Hooker’s M*A*S*H or Joseph Heller’s CATCH 22. Various characters from the Robin Hood legends arrive on the pages: Robin himself, Allan-a-Dale, and a brash Little John. Their rollicking adventures in the Middle East will have you retelling their tales to co-workers at the water cooler. 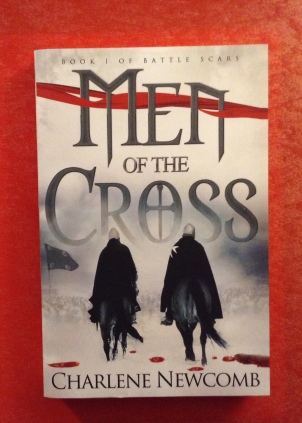 The novel’s major characters are brave knights, Henry de Grey and Stephan l’ Aigle. They grow close. Midst war atrocity and soldier camaraderie, they force themselves to question their own stolid values and their relationships. Their life and lifestyle decisions are as hard fought as those of the battlefield. The scars of war cause them to rethink everything about their lives – except loyalty to their King.

The emotions in MEN OF THE CROSS are ragged and raw and often bawdy – befitting knights of valor. Unlike many novels steeped in wars, in this book Ms. Newcomb demands profound character change. Instead of becoming battle hardened, Henry and Stephan evolve into tender, merciful men. They find deep meaning in one another.

Frank Yerby’s excellent THE SARACEN BLADE is one of my favorite novels of this genre. I’ve read it more than once. I can say the same thing about Charlene Newcomb’s MEN OF THE CROSS. It is a book that tempts a first and then a second look! 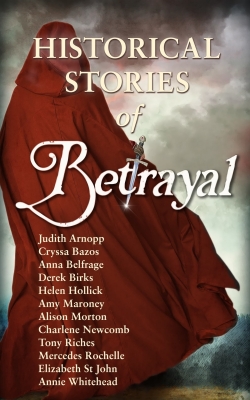