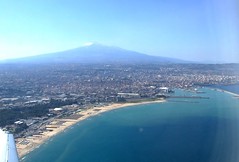 Two years ago, I participated in  #luckyseven, a writers’ exercise making the rounds on Twitter. I was still working on my first novel, Keeping the Family Peace (published Dec. 2012), and noted that Battle Scars was no more than a 5 page short story! (Wow!) Here are the rules for #luckyseven:

If you haven’t looked at Battle Scars (book 1): Men of the Cross, there are several chapters posted in the Amazon sample. But what about p. 77, line 7 + 7 sentences? (Okay, okay – I know #luckyseven says post from your current manuscript, but Battle Scars II doesn’t exactly have a p. 7 (1st ch. not yet written) and p. 77 is still in rough draft form – I promise I’ll share some of that manuscript in the future.) But for now, let’s see what Knights Henry de Grey and Stephan l’Aigle are doing whilst exploring Messina, Sicily. King Richard’s fleet and army will spend the winter months here until it is safe to sail to the Holy Land, but they must deal with local merchants who have jacked up prices!

Messina was a busy seaport in normal times. With Christian armies using it as a gateway to the Holy Land, it had become like a pot of water on a fire, near ready to boil over. It was a pot with many unfamiliar faces, darker-skinned people like Saracens, Greeks, and others from the East—some local, some passing through—and despite the unethical business practices, Henry was intrigued.

“Enough!” Stephan lifted the small sack he carried, waving it at the plump, dark-haired baker at the counter. “The merchant up the street charged that for this meat and cheese.”

“That will last us all of a day,” Henry muttered.

Stephan chuckled. “Less if Little John gets hold of it. God be praised that King Richard helps feed us all. When he hears of these prices, baker and butcher best turn their voices to the good Lord and ask to be spared his wrath.” He turned back to the bread maker. “Two pennies.”

I hope you like the excerpt (though it’s slightly more than 7 sentences). Maybe you’ll  consider getting your own copy of Men of the Cross now: available in print and for Kindle on Amazon & Amazon (UK) and other Amazon sites worldwide, and for Nook via Barnes & Noble.

Last #luckyseven point: tag 7 others:  Can I get Matthew, Steven, Rob, Marie, Cathy, Sara, or Raji to play? Marie & Cathy – I know you don’t usually post your fiction updates on your blogs, so I’d be glad to post & host them here. 🙂